The Kitchen Had To Be Country

I love a country kitchen. In every house that I have ever lived , my kitchen was country. There is something about the elements that make it so warm and homey. Baskets, crocks,chickens,and gigham ,all say country ,in my dictionary of life.
When I purcased  my old historic house,  there was no doubt in my mind how I wanted to do the kitchen. The only built ins, I have, is the sink. I found this wonderful six foot long double sink at a house sale in St.Louis. It was to the inch ,the perfect size. I had a bead board   frame made for it, the carpenter asked me what kind of doors I wanted. I said none.  It had to have a gigham skirt, and that was my final answer.
I have had a love affair with English Staffordshire figures most of my life. I just can't stand not having them around me. A great deal of the space in my kitchen is ladden with them. Staffordshie figures have been made in England for 200 years. The figures most people collect today were manufactured in factories during the Victorian period of the middle to late 18 hundreds.They were painted by unskilled women and children. They were painted quick and freely-which gives them a folk art feel, that adds to there charm. The Staffordshire potters made figures depicting animals,politicians,Royals  and buildings. They were mosty  bought to decorate mantles and parlors of modest English homes. The Spaniel dogs were one of the most sought after, then and now. I have had Staffordshire dogs in and about my house, for longer than I can remember.
Another one of my loves is the German porcelain ,Meissen. The Blue Onion pattern. To me it has to be in a Country Kitchen. Meissen was the first hard paste  porcelain that was developed, Made in a town of Meissen ,near Dresden ,in Germany. They are still in business today. It's signature, the blue crossed swords mark, that appears, under the glaze ,on the back side of each piece, was first used in the 1700's. The Blue Onion pattern,  that I collect , has been in production for 3 centuries. It has been widely copied- but, one can always tell the real thing by that mark.
What can I say,   A Country kitchen ,
is not complete with out cow creamers. I first started collecting these for a little cottage, I had in Clarksville,before I bought, My Old Historic House. The first cow creamers were made of silver or pewter and they were imported from Holland in the early 18th century. Staffordshire factories in England began making cow creamers around 1750.They have been made ever since,by other ceramic companys from around the world. The German cows have more details, but the English are more whimzy, and are my favorite. Often  I find them with a big smile on there face.
Another of my many loves for a country kitchen is American Pottery or Crockery.I love the blue sponge and splatterware and most favorite is the blue and gray from the middle to late 1800's. American stoneware refers predominantly to housewares of the 19th century.Made mostly for use in the kitchen for cooking, storage and caring for food.
And no country kitchen can be complete with out baskets. Baskets,baskets ,everywhere. American  baskets begin with Native Americans. They used the material of the land to produce baskets for hauling,food preperation,and storage. Other basket making skills were introduced when people came to America from other countries. My favorite baskets were made by the American frontier people. They were forced to use what they could find. They soon discovered that the hickory tree could be split easy and used to weave into baskets.  A draw knife was used on green limbs and the reed like splints would be very easy to cut. They were cut and worked green and when they dried ,they were very strong. I especially love the old painted split hickory baskets.
Last in my kitchen is , my dog Sissysand my chair. I found an old wing chair and had it covered with a hand woven home spun coverlet that was made in the 1800's. It is one of my pride and joys.
I hope you enjoy your tour of my Country Kitchen in MY OLD HISTORIC HOUSE.
Posted by Richard Cottrell at 10:14 AM 2 comments:

Pictures of My Country Kitchen. 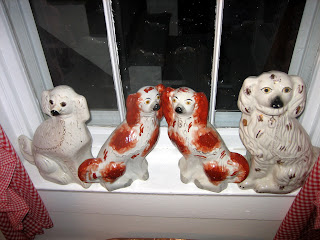 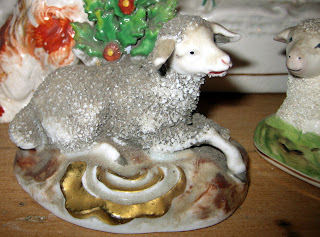 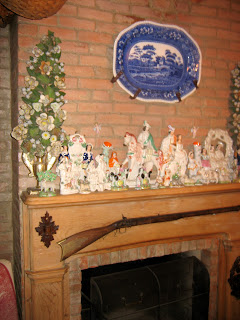 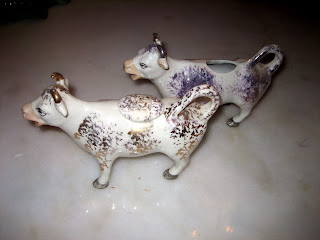 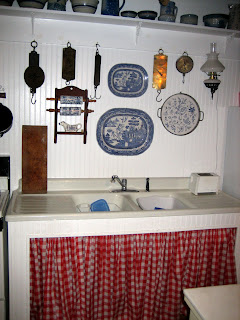 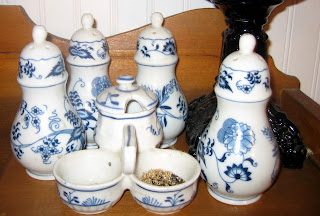 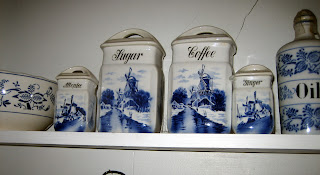 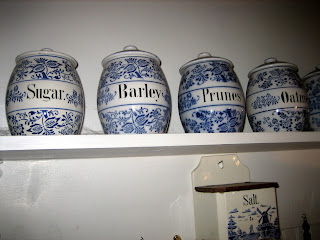 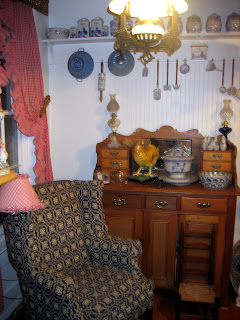 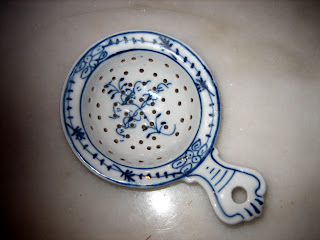 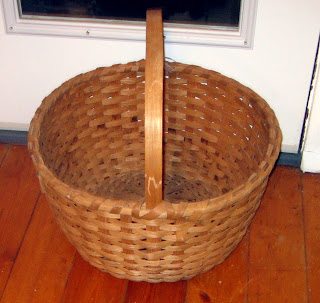 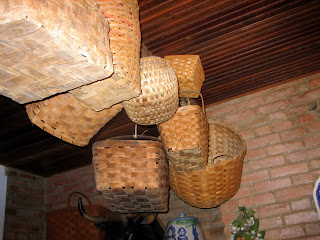