A bust is a cast representation of the upper part of the human figure,depicting a persons head and neck, as well as a variable portion of the chest and shoulder. The piece is supported by a base known as a plinth.The purpose is to create a likeness of a person. Bust as the earliest forms of portraits, going back to Egypt around 1346 BC.The tradition of the sculptural bust is historic and vast. The bust was the customary form of portraiture.The Greeks were known to idealize the face. The Romans were realist, more life like. Bust truly elevated mortals, put them upon a pedestal in public spaces . Perhaps the element of vanity is what adds interest to the bust form.Bust in interior design add an old world charm and also gives intriguing elements and accents. Bust are great conversational pieces, perfect ornamentation to adorn the top of many surfaces. They can be a focal point or an element of surprise.Bust are a moment of the past, honored in the present. They add character and a sense of timelessness. The ageless appeal of bust will always live on.
I have always had a love for this art form. It seems I am not alone, as there are endless examples to chose from. The bust in my collection tend to be mostly from Europe. They are or the Royal heads of state and  common people as well. My collection are from the Victorian years, however some of the subjects lived much earlier. Where mine are of porcelain, other bust range in media from marble, bronze to wood. Bust have adorned houses and building since the dawn of time. My house is no exception and today I am sharing my small collection with you. This pair of bust is on the fireplace mantle in my dining room. They are porcelain that is not glazed, known as Bisque. They are life size. I bought them from a home estate sale in Springfield,Ill. 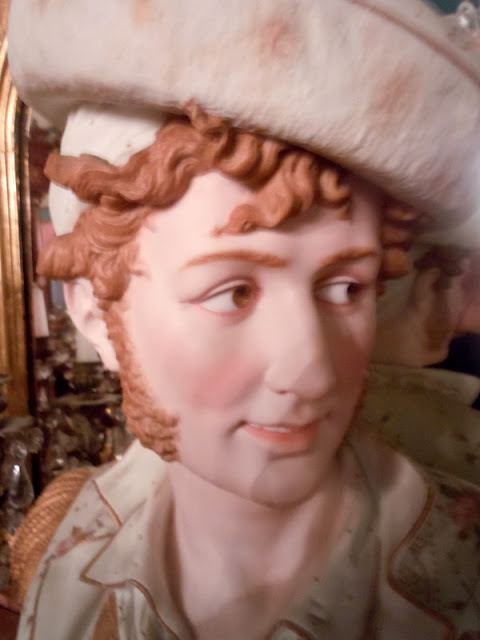 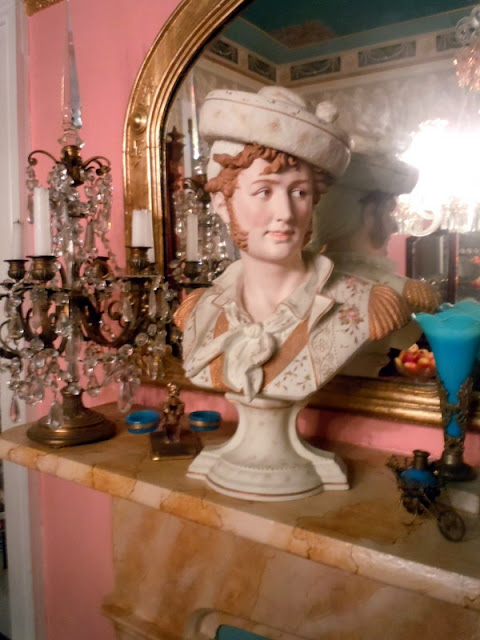 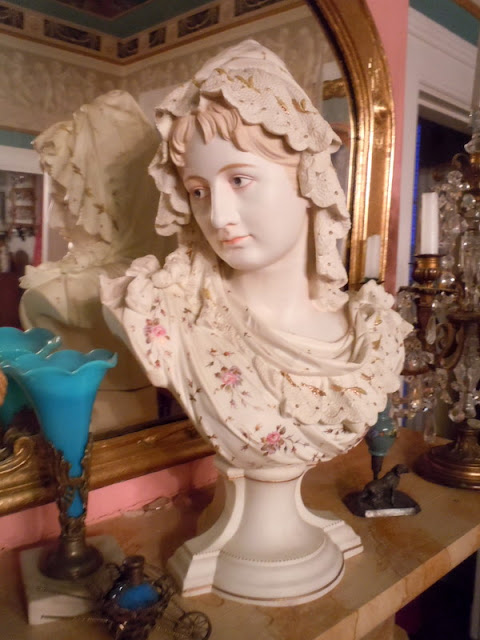 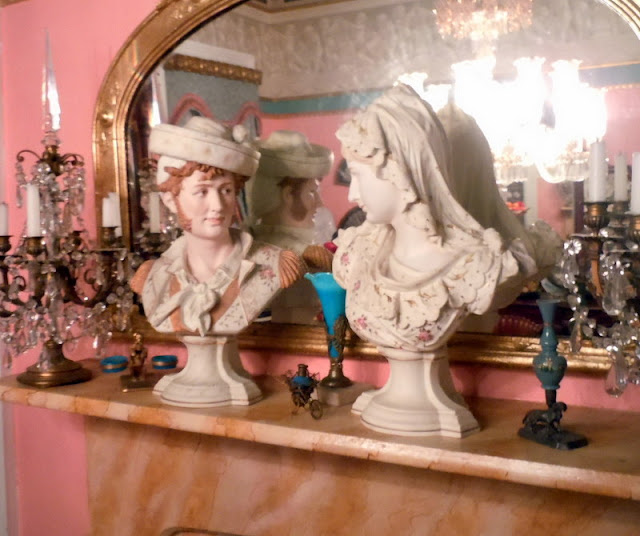 Albert Edward- King of England, known as Edward VII, oldest son of Queen Victorian,
married Princess Alexander of Denmark. Her full name was: Alexandra Caroline Marie
Charlotte Louise Julia. Chosen at the age of 16 to be Edwards wife , they married in 1863.
The Tiara she is wearing is from Queen Adelaide, wife of King William  IV.The bust is of her
as  young lady . 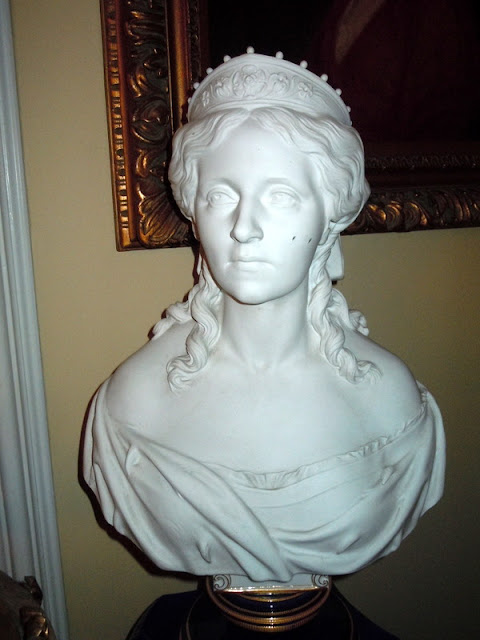 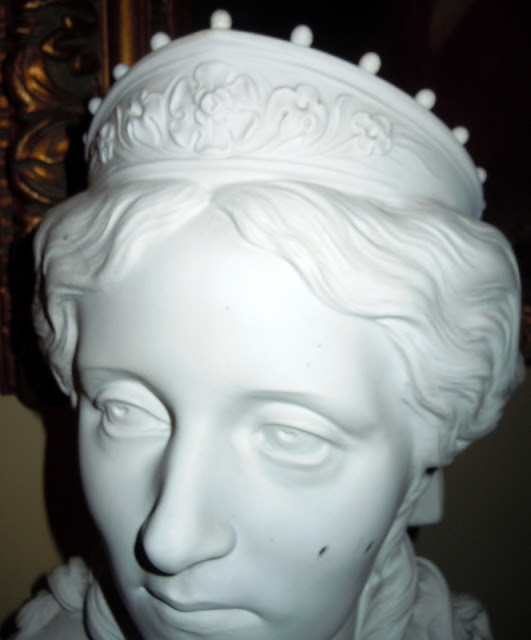 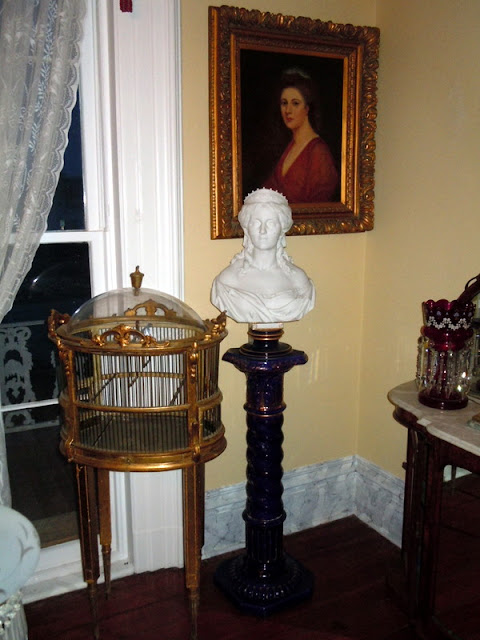 The french often made bust of there common people  as well as there Royals. The
next group of my bust are the commoners. They again are of porcelain, the painted ones
are called Bisque and the white ones were called Parian. 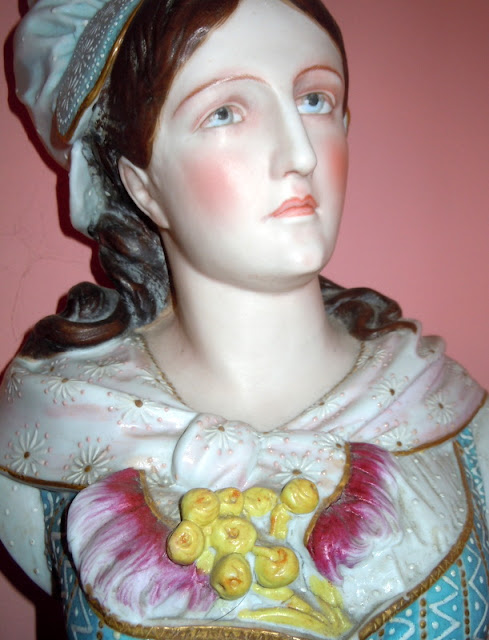 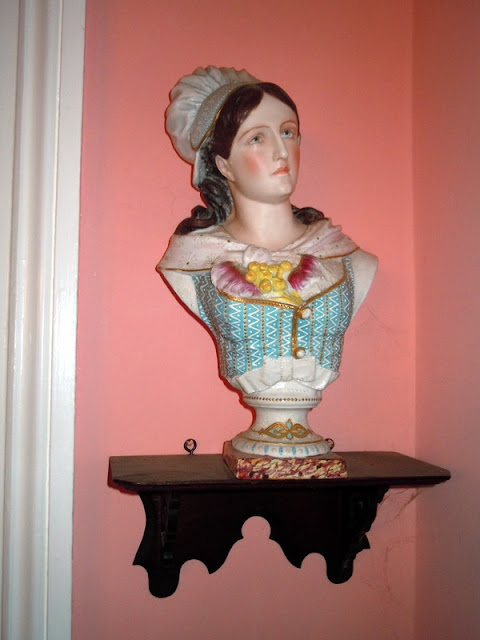 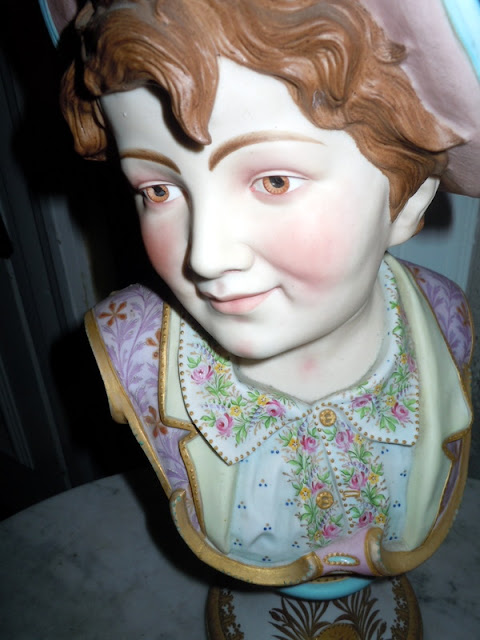 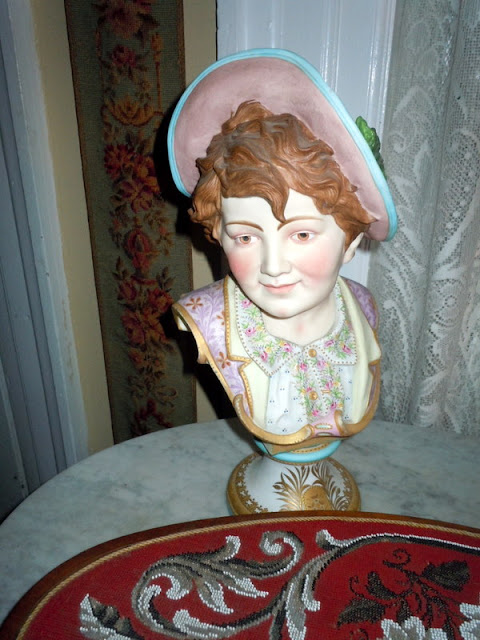 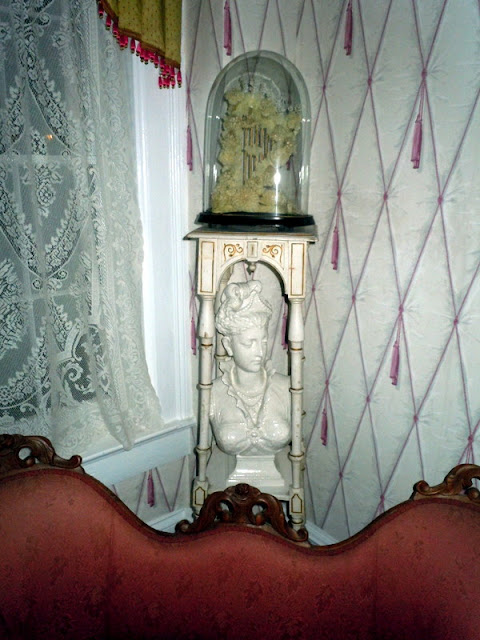 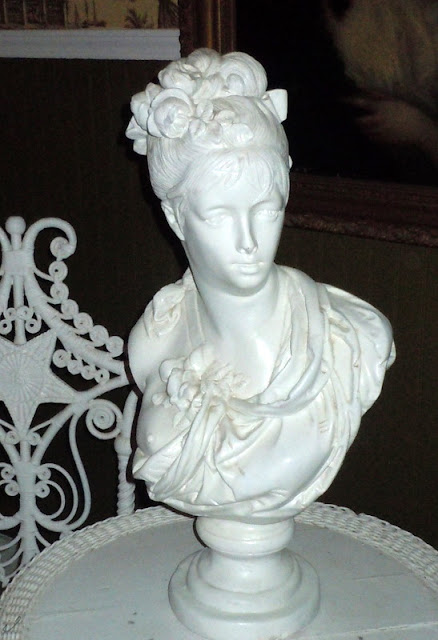 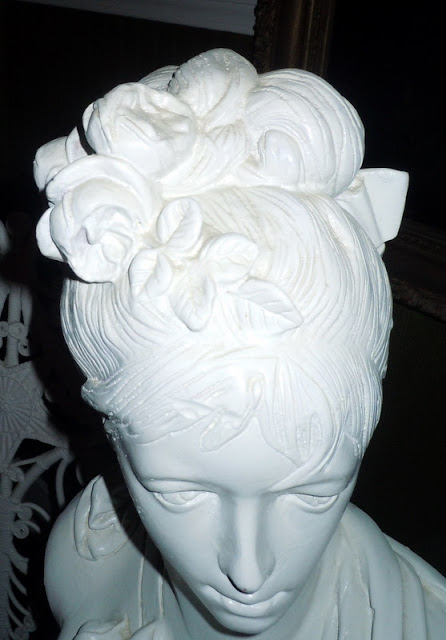