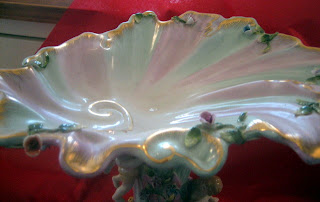 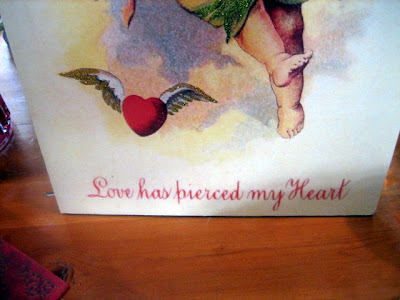 Welcome to Richard's Great Stuff, A gift shop in connection with Richard's historic home , The 1845 Elgin  / Cottrell House Museum, in Clarksville,Missouri. I have a collection of Romantic,Victorian inspired,Valentines for sale in the gift shop. I wanted to share them with you and maybe you would like to order some for your Valentine or to decorate with. Just give me a call. Thanks, Richard 573 242 9688  You can pay with Master Card or Visa by phone, and I will ship out the very next day.
Posted by Richard Cottrell at 12:50 PM 9 comments:

The word, Toile, basically means fabric or paper, printed in one color with a white or light background.
Toile, entered the English language around the 16th century from a French word meaning,"linen cloth ", or "canvas". The word Toile in modern English has multiple meanings. Toile  de Jouy ,is sometimes abbreviated to simlpy,"Toile". Toile is a type of decorating pattern consisting of usually white background on which a repeated pattern ,depicting a fairly complex scence,generally of a pastoral theme, is the subject.  Toile also, often consist of an arrangement of flowers, where the pattern portion is a single color wave on a white or lite background.
Toile is mostly  associated with fabric,though Toile wallpaper, is also very popular. Mordern companys have reproduced some wonderful patterns and made them  available on the market today.
Toile de Jouy ,originated in France, in the late 18th century. In the French language, the phrase means, cloth from Jouy, a town of north central France. It was used since the 18th century, but it has experienced a marked upsurge in popularity in the 21st century.
I have had, a Love affair with Toile for many years. I never seem to get tired of it. There was a few years there, when the world went Toile crazy, that I lost a little favor with it. I must admit, seeing it on tolet paper holders, bath towels and just about ever surface imaginable, could turn one off. I managed to move on from there, and it  is back in my graces. I love the old French patterns, and colors. I have tried to use a little bit of Toile in almost every room of my house. Some of the fabrics I have used are actually vintage or antiques, where others are reproductions. I just can 't keep from smiling when I see a beautiful Toile. Each one tells a story, like no other media can . I hope that Toile remains as popular as ever, and to me it  is ageless and never seems to be out of date.
﻿
﻿
﻿
﻿ 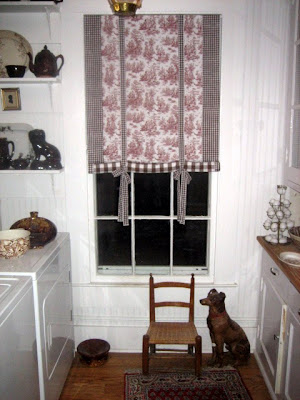 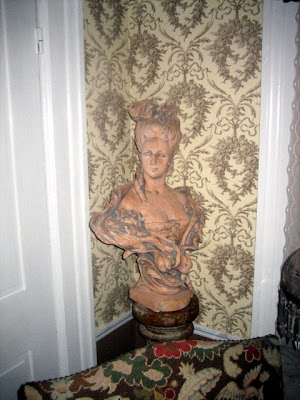 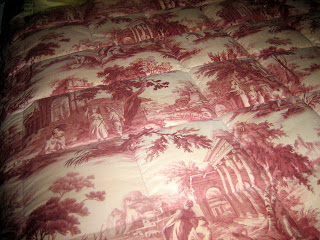 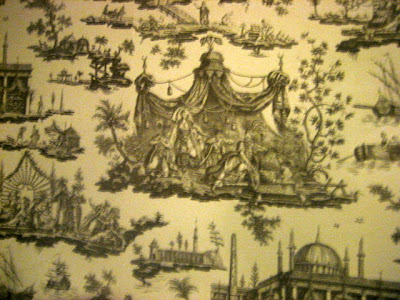 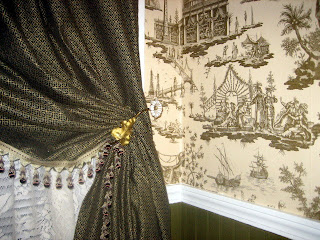 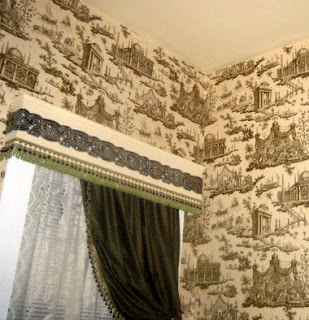 So set back and enjoy the Toile journey through, My Old Historic House.
I have included many pictures, so you can get the feel of the house and the Toile.  Have Fun!!!!!
I have 4 rolls of the Entrance Hall Lee Jofa Toile that I would like to sell. Each roll is a triple and is 33 yards or 99 feet long. If you have 9 foot ceilings, each roll would make 10 strips. It is hand printed on very heavy stock and is not prepasted. It goes up really easy. If you are interested, just call. 573 242 9688. Sorry, I just sold it to a lucky bloger.
Don't forget to check out my online shop at. http://www.richadsgreatstuff.etsy.com/
Posted by Richard Cottrell at 9:01 AM 16 comments: