Blue is a primary color,(red,blue,yellow),from these three colors, all other colors are made. The word if from the Old French word-"bleu". The modern English word,"blue",comes from the middle English-"bleu or blewe". The German word is,"biao". "Bleu", replaced old English, "baw"--and means light.The French word "bleu"-meaning beautiful water,or sky.In the English language, blue may refer  to the feeling of sadness. This is because blue is related to rain and storms. The phrase,"feeling blue," is linked also to a custom among many old time sailing ships. If someone was lost at sea, a blue flag was flown and a blue stripe was painted around the hull.
Natural dyes, such as indigo were used to produce blue for cloth coloring.Was once a huge money making crop in the South.
In the English language, blue, often represents the human emotion of sadness. In German, to be blue is to be drunk. Blue is commonly used to symbolize the male gender, but in early 1800's. it was used to mark the female gender. This was switched around after 1900.
Blue is calming. It can be strong and stead fast, or light and friendly. Almost every one ,likes some shade of blue.I like blue-how about you?
Blue is the national sports color for India. Blue is a national color used on flags in many countries. The blue law, is a type of law in the United States, used to enforce religious standards. Blue is associated with numerous, center-right-like-political parties of Europe. Blue is associated in Christianity, with the Virgin Mary.In the Catholic church ,Mary always is dressed in blue. Blue is considered a cool color, as it is the color of the sky or water.Blue Ribbon is a mark of the best. Blue flag means go. Blue Movie means sad. Blue Cross is a symbol of insurance. Blue Blood is a mark of a noble birth. Blue Book is a pricing agent for used cars.The Blues- is a type of music. 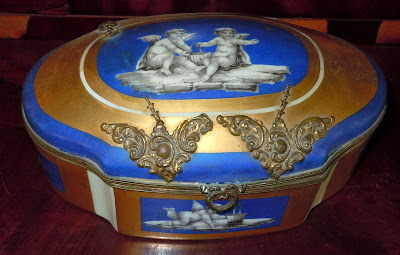 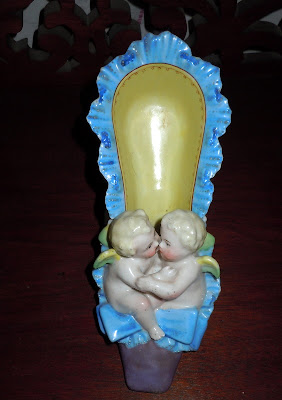 Blue is a natural color from the blue sky and water. Blue is a universal color. The cool-calming effect of blue makes time pass more quickly and it can help you sleep. Blue is a good color for bed rooms, but too much blue can dampen spirits.
By adding white,(absent of all color)  , to blue, one gets a shade of blue. By adding black,(presents of all color), to blue, one gets a tint of blue. By adding back and white it becomes understated and elegant.I have always said to throw in a dash of blue, to cool down a room. If you want to grab attention, when decorating, use blue and a contrasting color, such as blue and yellow. 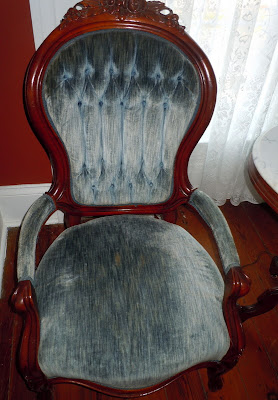 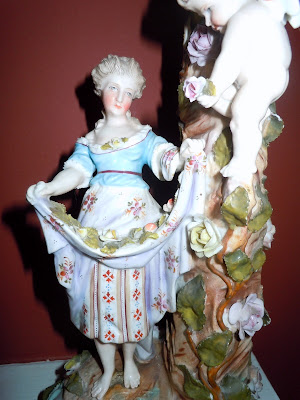 I hope you have enjoyed our little lesson on the color blue. I have included many photos of the blue things found in, My Old Historic House. I like to use a touch of blue in almost every room. It is the same as using a blue flower in  your floral arrangement, adds life to the bouquet.
Please stop by any time for a tour. I will leave the lights on and Sissy Dog will always meet you with a jump and a kiss. The blue from that old Mississippi river is right across the street and the  blue sky above, will always say, welcome. 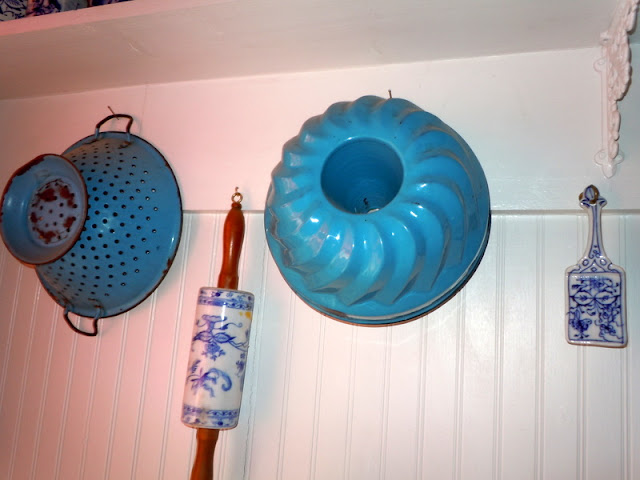 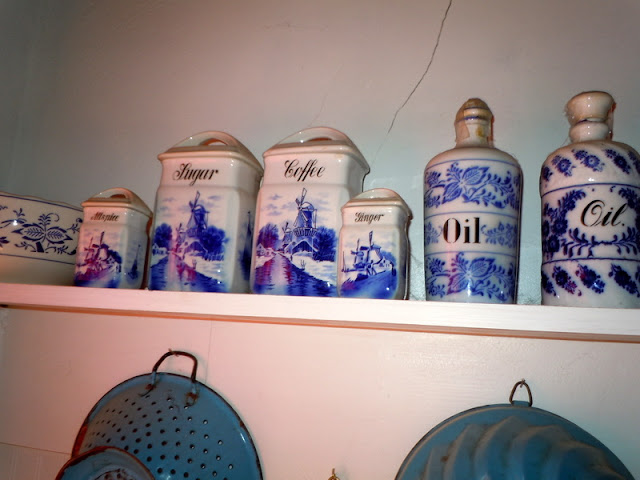 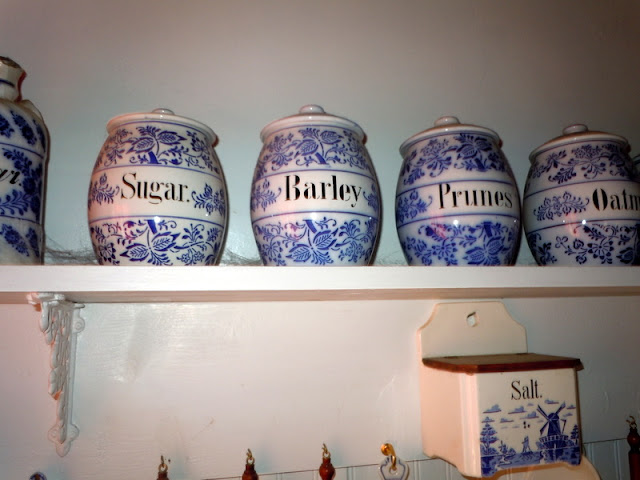 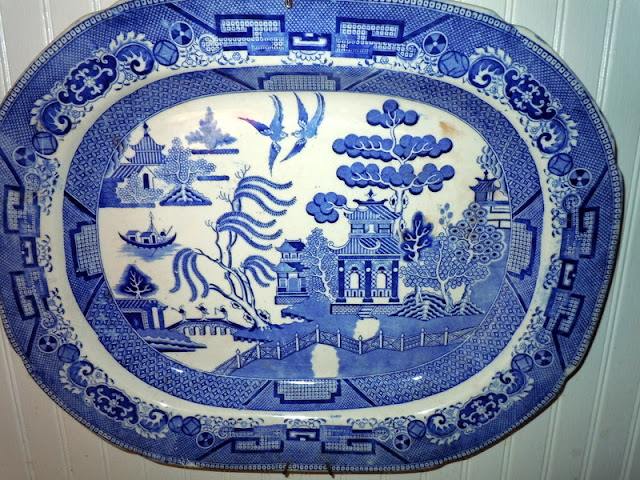 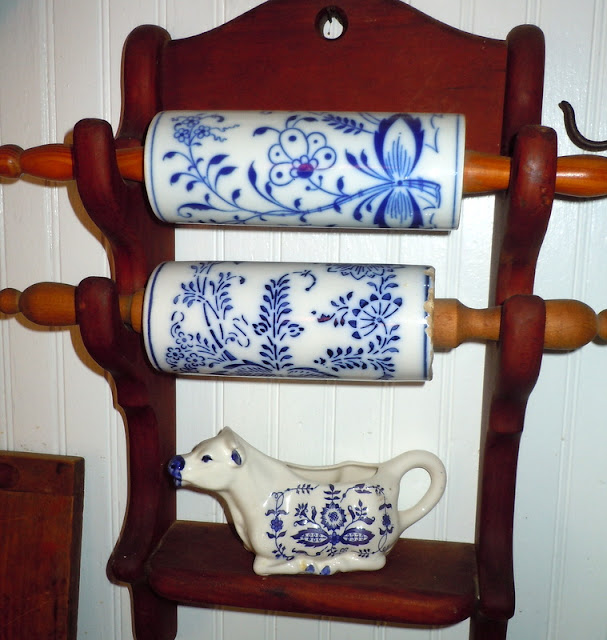 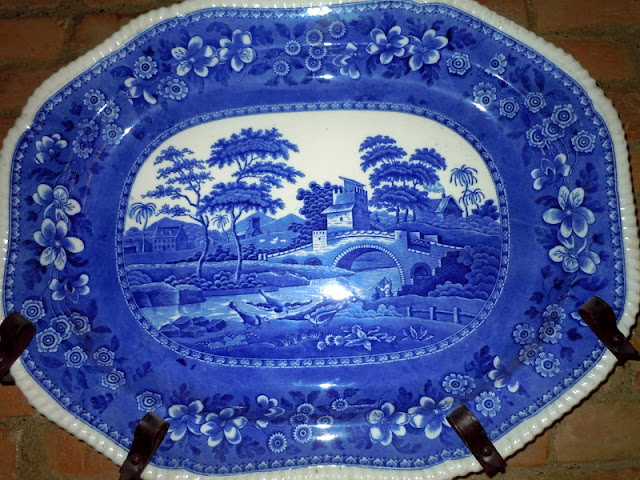 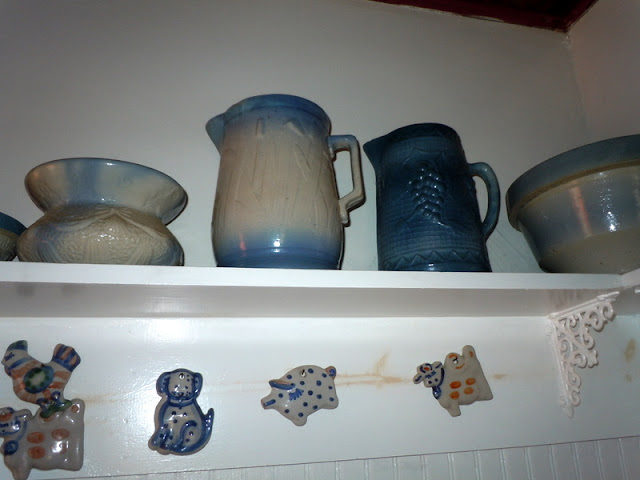 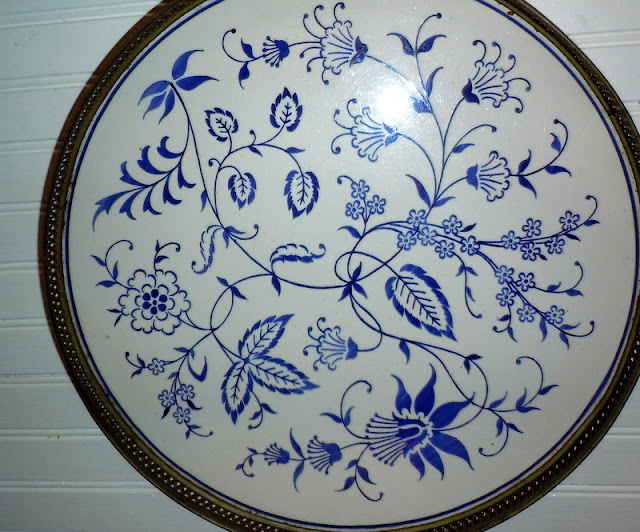 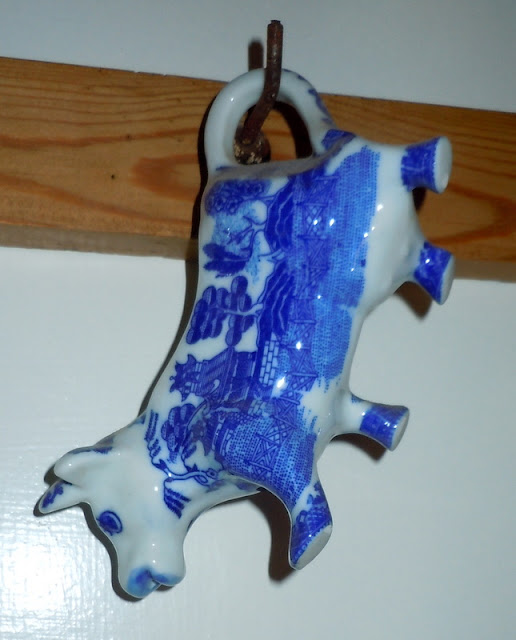 Posted by Richard Cottrell at 8:49 AM 33 comments: