Those Victorians were a funny lot.There home was a reflection of themselves. It was very important in society to show you were of good breading, which ment your home would be full of Art, Music,Books,Travel and Oddities. Most people of means in the Victorian Era would take what was known as,The Grand Tour". They would board a ship and sail to Europe. Some times they would stay a year or more. While they were there, not only did they sight see, but they purchased vast amounts of treasures and shipped them home. These items servered a couple of purposes. One,  was to prove they had been on the tour. Two, To Brag, I would say. Three, to show they had culture. Lots of books, librarys full, weather you read them or not. Art, even if you did not like it. Music, weather you knew how to play or not. Harps, pianos and sometimes even organs. And oddities from foreign lands and at home. Egyptian tomb pieces, broken Roman pottery, helments from far away armies and glass domes and shadow boxes full of exotic and rare birds, bugs and butterflies. Not having TV and Radio- one had to entertain themselves and there guest in the best was possible. So showing off there treasures, telling stories about them and listening to others comments, made for a nice evening of entertainment. 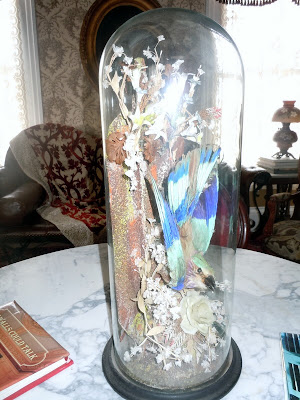 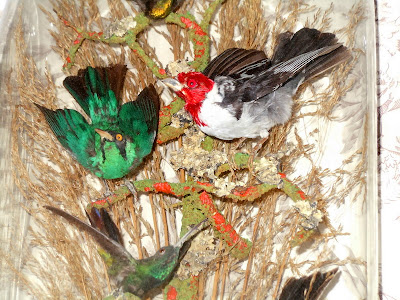 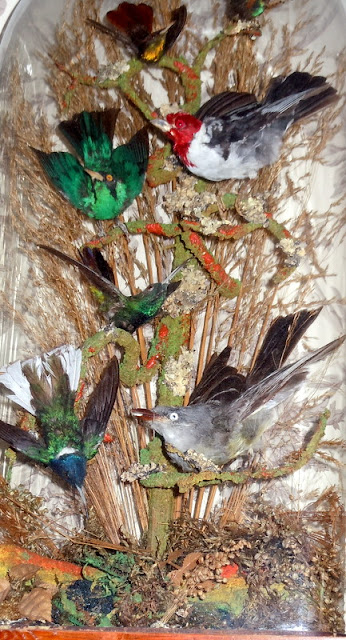 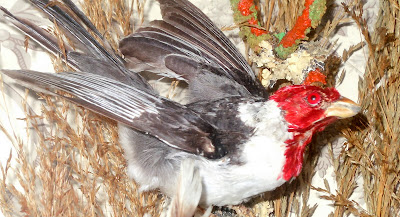 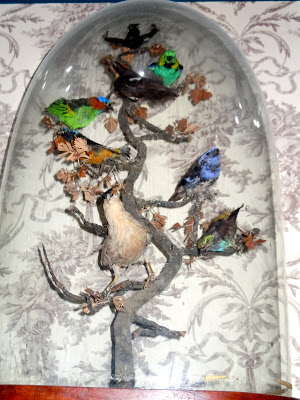 Entire rooms were often added to there homes when they returned from Europe to hold there finds. A large,well stocked library was most impressive and often bragged about for miles. Art work was hung on walls like the pieces of a patch work quilt. Brass plaques with the Artist name and the painting title were added to the art work so the new owner could go down the wall and name them off. Music rooms were common. The library was considered a man's room and was often on the second floor above the Gentlemens Parlor. These librarys were often home to the Victorian oddities. Mounts of rare animals decorated the walls. Small tables or lamps would be made from an animal leg or foot. Elephant feet, footstoals were very common. 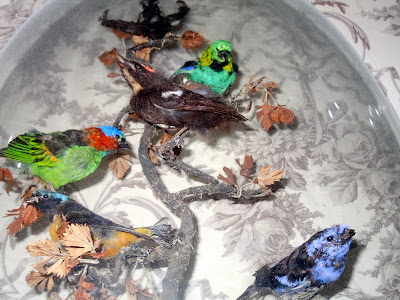 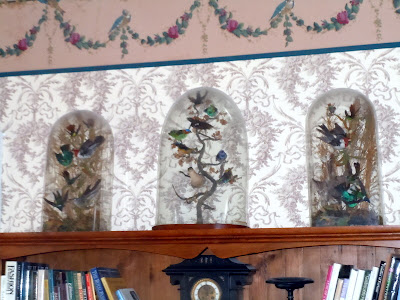 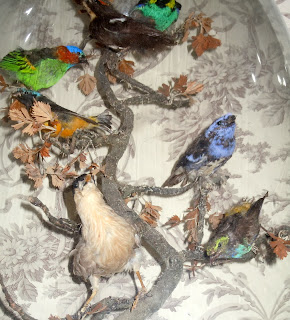 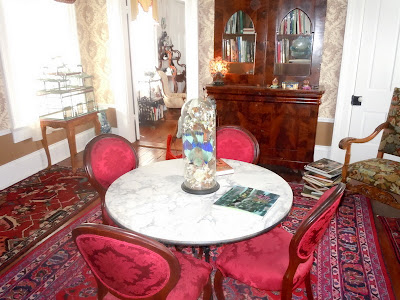 I have some interest in the Victorian oddity stuff. Being addicted to glass domes has added to that interest.I have a small collection of specimen domes with rare and exotic birds. I keep them in my library, which is on my second floor and above the Gentlemens parlor. I  chose a wallpaper boarder for that room with birds on it, to tie the domes together with that room. I'd like to share them with you all today.
There has been a revived interest in Domes these days. The garden cloutch that everyone is decorating with is a very simular item. I see lots of magazine articles where they put bird nests and other things under them. A lot of companys are also reproducing the glass domes with wooden bases. One in particular is Anthropology. Arhus Furniture has them in there show rooms as well. So I guess what goes around, comes back around,
sooner or latter. 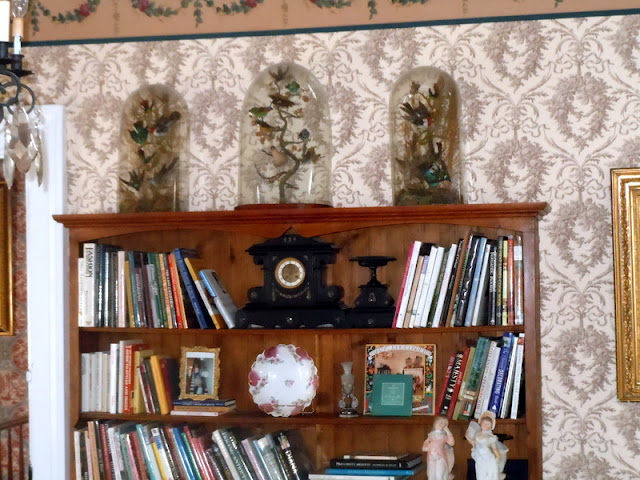 HEADS UP!!! I just got a call from the editor at VICTORIAN HOMES magazine and the issue  with my house is coming out at the end of April. It will be on the news stands then. It is the May, June issue. I have  several copies coming and  if you have trouble finding one, just email and I can send you a copy. I am so excited. I hope I am not disappointed.
﻿
﻿ 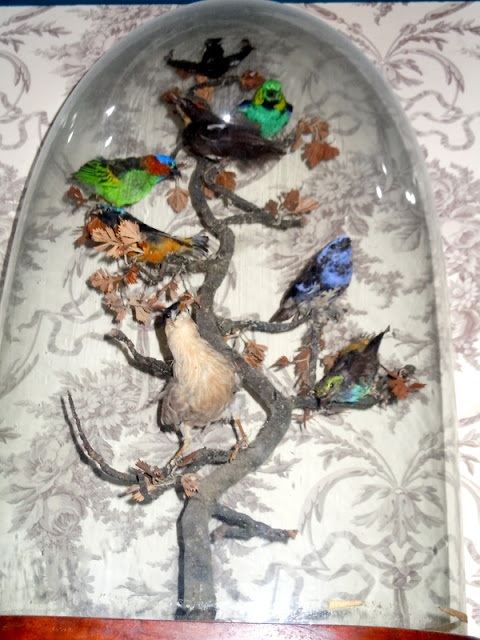 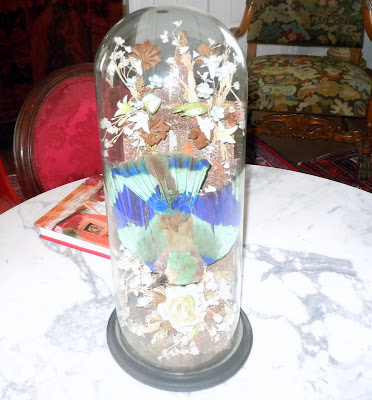 ALSO!!!!!!!! LISTEN TO THIS !!!!!!!!!!!! YOU WILL NOT BELIEVE THIS ONE!!!!!!! I just got a call from a man with a heavy English accent. He said he was calling from New Delhi,India. I said what is your name. It was Christopher Moore, the man who designed my wallpaper that is in my Entrance  Hall and Bed Room. He worked with Lee Jofa to produce them. He is writing a book about Toile and wants to  use my rooms in his book!!!! He is known as the," Toile Man". And he saw it all on my BLOG..The world sure is a small place.
Thanks for listening. Stop by anytime. I'am almost always home and ready to give a tour. Sissy will meet you at the door with a jump and a kiss.
Email me if you have any questions       cottrellprissy@aol.com  or  elcothouse@yahoo.com  Stop by my internet shop also.  http://www.richadsgreatstuff.blogspot.com/   or give me a call. 573 242 9688.
Posted by Richard Cottrell at 10:43 AM 12 comments: