The Language of the Victorian Fan

﻿
﻿
﻿ ﻿
﻿﻿
﻿﻿﻿﻿
﻿﻿    Long ago fans were used to communicate a Ladys thoughts graciously. They were used for more than just  accessories to the womans attire. A fan became a popular way to coyly hide and reveal the face.A dictionary of  Ladies Fan Languages was published in the 1800's in the popular fashion magazine of the day, The Ladies Home and Goodie Fashion Magazine. Ladies of merrit would study this dictionary and know the meanings and apply them to her  social functions. Men of notablity would also be required to learn these fan movements, if they were to be recieved in a social setting.If one would not know these meaning, it could be very sad or dangerous. 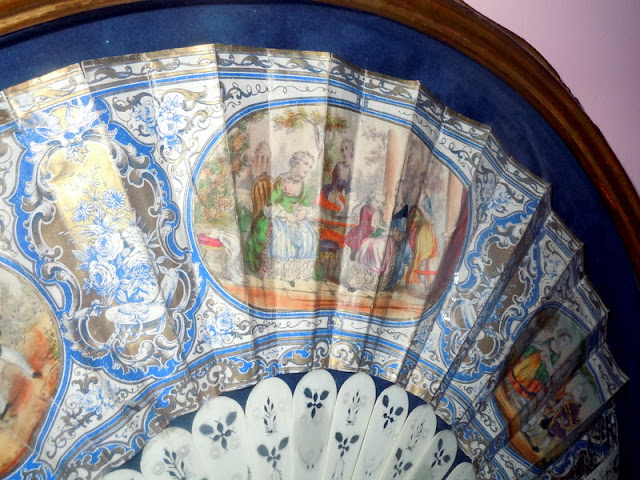 The art of fan making goes back to the Egyptians. Those made in that period were mosty for  moving the air and cooling  the subject, using it. Fancy ladies fans have often been found in the tombs of Royals in Egypts valley of the kings.  In 16th and 17th  century England, fan art was raised to a higher plain. Many were imported from China, Japan, France and Italy. The Victorian era, both in Europe and America, brought the art of fan making to it's highest art form. Fans were made of ivory, mother of pearl and rare sandlewood. They were covered in silk and hand painted. They were covered in hand made battenburg silk lace, hand tated,beaded and carved. The quality of a ladies fan reflected her weath and position. Really wealthly  ladies had a vast collection of them and order new ones to match each outfit.  They made fans for day time, night time and when one was in mourning. All white fans for weddings and Debs. Paper fans for out side garden parties. Fans that told a story or held a secret. Fans were perfect gifts for ladies and were highly  looked for when people went on the Grand Tours of Europe. To carry a new French creation, was the talk of society. 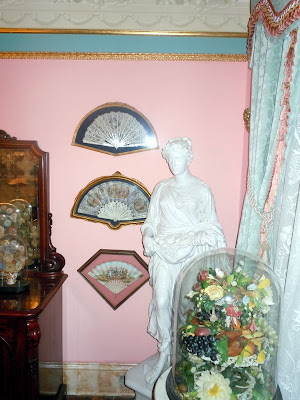 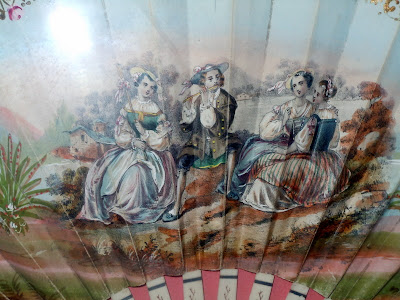 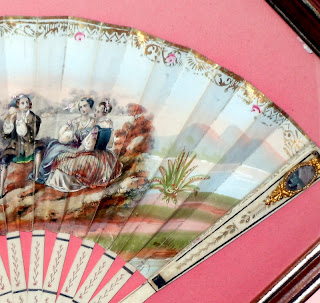 Today these fans are loved  and collected by many. The prices have always held there own and seem to only go up and up. There is a bargin to be found once in awhile. Gold fan shaped frames were invented somewhere along the way. They are really wonderful to display and portect your valuable and fragile fans. They are very hand to come by these days and can run the price of the fan up considerably.
I have listed a few of the fan meanings in case you would like to practice a few before your next public outing. Good luck, I hope you do not ask a married mans for his affection.
A fan touched to the lips indicated the lady would like a kiss.
A fan pressed to the heart shows passion.
A tap on a gentleman shoulder with a closed fan  was a flirt.
A wide open fan waving very furously ment some one said something off color.
A closed fan laid across a ladies face ment she was not talking.
A fan carried in the right hand ment you were willing.
Closing the fan ment I wish to speak to you.
Drawing across ones eyes ment- I'm sorry.
Drawing across the forehead- wicked
Drawing through a ladies hands meant - I hate you!
Dropping a fan ment - we will be friends.
Fanning slow ment I'm married.
Letting a fan rest on the ladies  left cheek ment- NO!
Letting a fan rest on the ladies right cheek ment-YES!
Twirling on the left hand-I love another. 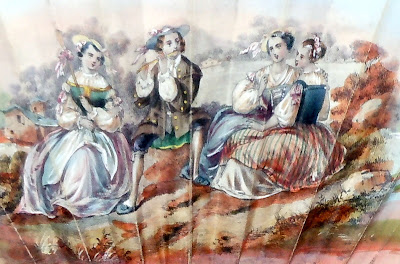 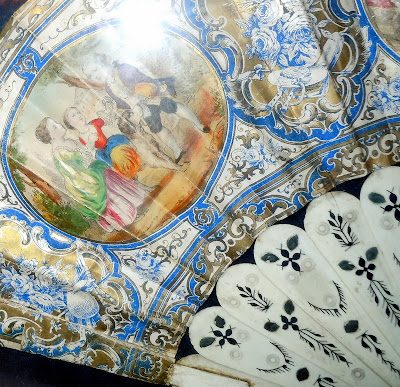 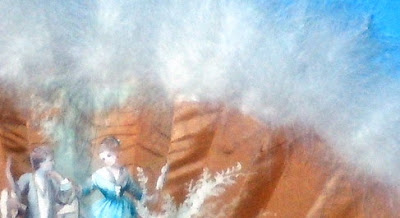 ﻿
﻿
﻿ ﻿
that would mean, "UP YOURS." Since I can not do that, I usually just tell them they are getting fat also.
I guess it is a good thing I can not use fan language, I might be in trouble, But It does not keep me from collecting and loving the old ones. I am sharing my small collection with you today. I sometimes wonder what the world would be like if ladies where still using fans today, would be a little hand to manage with a cell phone, I Pad, Blackberry, and what ever other  things that  are out there. I guess the closest thing we have to fan language today is a ,"TEX. "

Read more »
Posted by Richard Cottrell at 8:55 AM 9 comments: