Passementeries is the art of making eloborate triminings or edgings.
In early France, the word,"passmenterie,"ment lace. Today it is a term used for decorative braids, gimp,fringe,tassels,tiebacks,rosettes and all manner of decorative curtain and upolstery trim.
The literal translation of this word,"passementere," today,is someone who makes and sells trimmings. These are usually made of silk,cotton and metalic thread. Wrapped  around spools or bundled and cut to length, they are used for trimmings, to accentuates the shape and construction of a rooms soft furnishings, and adds very important finishing touches to the interior of a home.
The true origin of Passementeries is un- known, but they have been used in home decorating for centeries. After the Industral Revolution, power machines were introduced to make them, no longer needed to be made by hand, made them less expensive and more ready available to everyone.
In the Georian Period, the upper class took the "Grand Tour," all over Europe. Especially Italy and France. They saw these Passementeries being used in Europe, and wanted them for their homes in America.The highlight of this American desire ,was during the Victorian Era, where rich decoration was taken to new heights. And with the machine made Passementeries being more affordable, they became all the rage.
Passementeries are often  compared to the decorations or confections on a cake.
The Southern States in America  were the first to use Passementeries in there homes. Living on a Plantation made these people feel like they were close to being Royals.And They wanted the best, and the latest trends from Europe.
Today a lot of these patterns are copied from ones that were puchased for homes of the past. From the homes of former American Presidents, River Boat Captains,Civil War Heros and other important members of that American society,come the patterns for Passementeries that we use today.
The love of Passementeries was so strong that designers were even using Faux (false or fake )  Passementeries in there decorating,   as these  trims were being pictured on printed wallpaper and fabric.
With the trend in America to preserve the past and restore more and more older homes and buildings, these Passementeries are becoming more and more ready available on the market. Several Company make them and have them in stock. The two companies I use, are Scalamande in New York and Robert Allan in Ma. 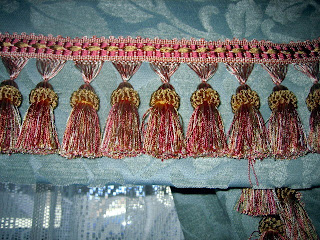 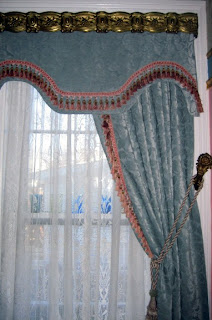 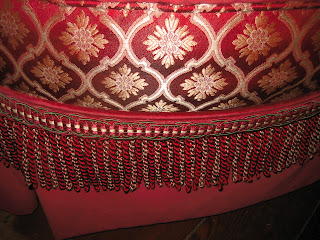 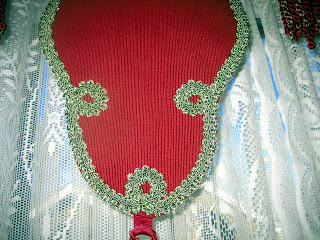 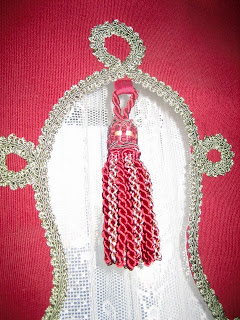 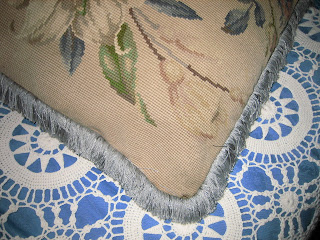 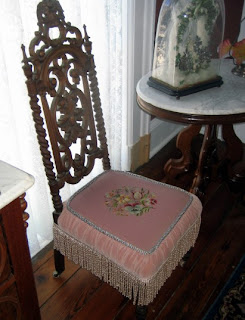 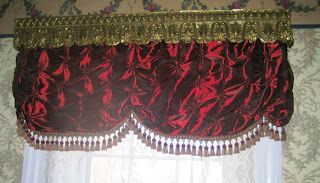 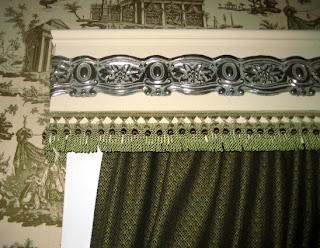 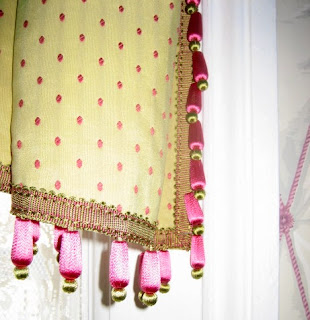 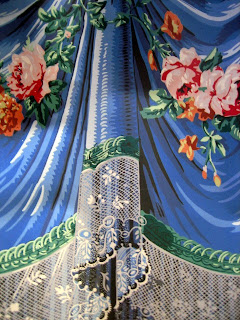 In restoring the interior of My Old Historic  House, I knew that Passementeries had to be a big part of the finishing touches. I have used many in almost every room. I can not think that they do not  add  a richness and a finishing touch that is needed in a Victorian Interior.
Posted by Richard Cottrell at 12:39 PM 6 comments: