Needlepoint Collection in the Up River Parlor Part II 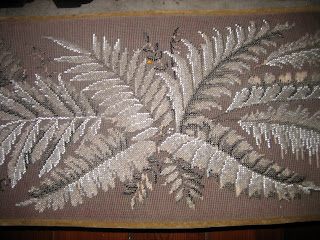 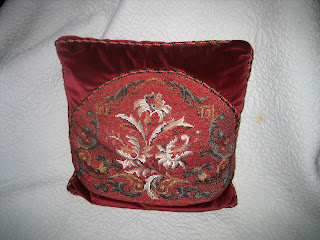 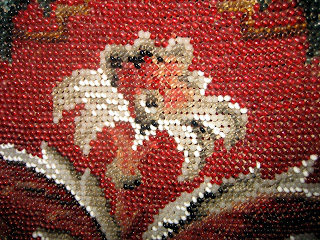 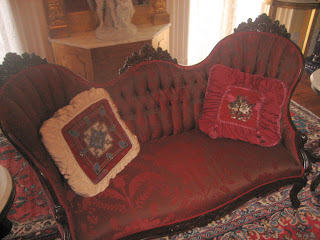 More pictures of the Victorian Period needlepoint in the Up River or Ladies Parlor at my old historic house, the 1845 Elgin/ Cottrell House in Clarksville,Mo. Call anytime to arrange a tour. Thanks, Richard Cottrell 573-242-9688
Posted by Richard Cottrell at 2:59 PM 5 comments:

Needlepoint collection in the Up River Parlor

When I was in college I  took a  class titled,"Art Needlework." The teacher was Ms. Gooch. It was in the Home Ec. department of the college. Well you can just imagine the look on the teacher and the other students faces, when I walked into class the first day. Of course ,I was the only male student! We  studied many types of needlework. The one that I enjoyed the most was Needlepoint. During the rest of my college years and many afterwards, I did a lot of needlepoint. Being an art major, I soon got into painting the designs on canvas for people. I also did custom work for many. One of the most unusual was a stool seat cover to match a ladies wall paper in her powder room. After I moved on from my needlepoint stage, I developed a great passion for antique needlepoint. As the years passed my collection grew and I have quite a bunch. The pieces that I am highlighting today are all in my historic house, in its up river or ladies parlor.
A little history about needlepoint first. Needlepoint can be traced back in history as far as the Egyptians. Pieces were found in a Paroahs tomb that dated back 1500 years before Christ. The actual name, "needlepoint," did not exsit until 1869. Before that it was called Berlin Work or just needlework.
The degree of the design in needlework depends on the thread count of the underlying mess fabric. A fine canvas is known as petit point, and a split mess is gross point. Gross point is usually done with silk or cotton thread, regualar needlepoint is done with wool yarn. The petit point can be done with either split wool or several thickness of thread. Sometimes a metaelic cord or braid is added. Often beads were introduced. The needle would pull up through the canvas, a bead would go on, and then the needle down through the canvas. This would be a much smaller needle and a silk thread would be used. There is three type of stictches. basket weave,continetial and half cross. The continental is the most popular. Advance needlponters often choice the basket weave. It takes more yarn, but does not distort the canvas as much, so blocking is easier. And is very neat on the back. The yarn makes a basket weave pattern if done correctly.Today the paterns come printed onto the canvas. So one just matches the colors. Some people paint there own. In the Victorian days when my collection of needlepoint was done, they did what is known as Charted. These charts were available in some stores, but were mostly ordered through the mail. Most came from England and France. Each stitch had to be counted, color by color for the main design. When that was done the plain background color could be added.
Famous needlepointers in history were, Mary Queen of Scott, Queen Mary ,Queen Victoria and Grace Kelly.
The Victorians of Europe and America were very good needlepointers, keep in mind it was a form of entertainment as they had no TV sets in those days. Also keep in mind that the lighting of that period was not good. A lot of ladies of that period were not permitted to go to college. Instead they would attend a finishing school. In these schools they would study art. One form of that art was needlework. As a final art project before they were to gradulate, they would make a wonderfull  final project. A lot of the fine examples of antique needlpoint that we have today, are a result of those projects.
All kinds of things were needlepointed. Pillows,bell pulls, tea caddys, furniture, trivets, even some clothing and shoes.
The needlepoint collection that I am highlighting today, is all from the Victorian years. Queen Victoria set on the throne of England from 1831 to 1901. Those years were known as the Victorian Years. 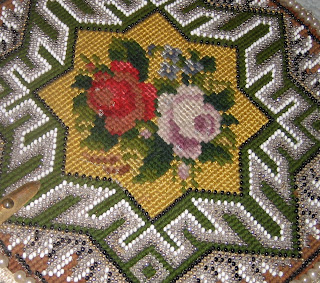 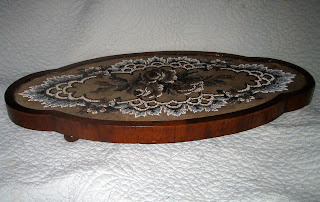 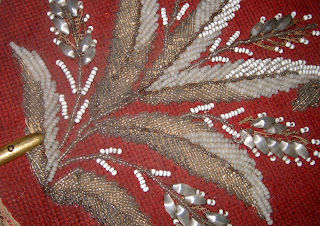 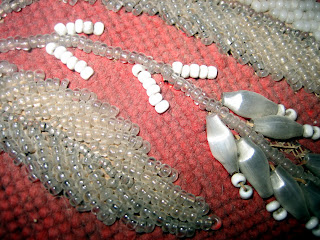 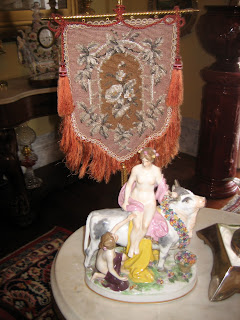 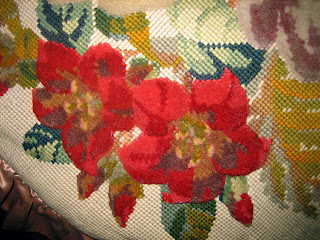 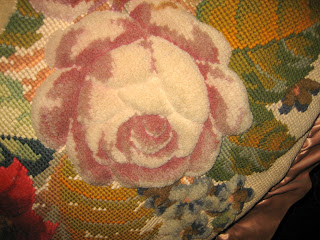 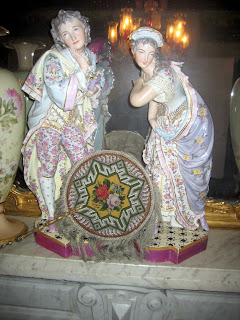 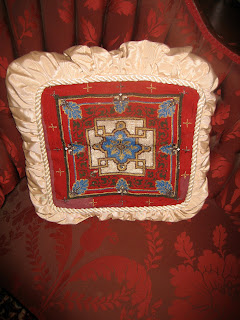 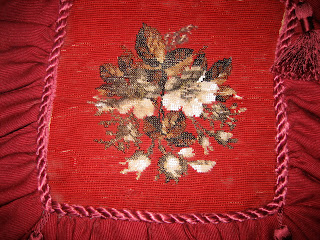 My favorite antique needlepoint are  the pieces that have bead work or stump work. I have loved it for years and every time a see a piece for sale, it is hard to say no. I do pick it up and hold it for awhile. Having done a lot of needlepoint, I know what went into each of these pieces. And the fact, that it has been around so long. Well! I hope you enjoy the pieces as much as I do.
Posted by Richard Cottrell at 10:08 AM 2 comments: