Queen Victoria of Great Britain was born in 1819 and died in 1901. She was the daughter of Prince Edward-Duke of Kent, 4th son of King George III. She inherited the throne at age 18-after her father's three older brothers died without an heir.Victoria married Prince Albert of Saxe Coburg and Gotha in 1840. She had 9 children and 35 grandchildren. Her off springs married into the Royal and Noble families across the continent, making her the,"Grandmother of Europe." She reigned 63 years and 7 months. so far the longest reigning monarch of Europe. She was the last British Monarch of the House of Hanover. her son, Edward belonged to the House of Saxe-Coburg.Latter the British monarch took on the name of, House of Windsor, when the Saxe-Colburg name sounded too German. Queen Victoria lost 2 sons, one daughter, her husband and several of her grandchildren , before she died. Victoria was the foundation stone s upon which today's modern monarchy is based. Not only has her direct descendants occupied the British throne, but their large family has insured that there are over 500 descendants in Germany, Sweden, Spain,Russia, Danes and Romanian, all with some sort of claims to those thrones.The 19th century was a turbulent time for Royals of Europe. Several thrones were toppled by waves of republican  fever that sweep across the land, but the British throne survived..


In Staffordshire, England, great pottery companies had srung up everywhere.. Pottery of all kinds were being made. Some where marked, while others were not. All this pottery soon became known as, "Staffordshire." Mainly for the town instead of one particular company. Most of the  Staffordshie statues collected today were manufactured in factories during the Victorian Period, mid and late 19th century. This period was named after the reigning Queen. Every body wanted everything like Victoria. Images of the Queen were loved and highly hunted.Few people ever really saw her and newspapers were for the well to do. The Staffordshire factories began making images of the Queen and her family. The statues were made inexpensively and sold for reasonable prices to the middle class. They would have never been found in a Royal home, even though the Royals were one of the favorite subjects. Queen Victoria and Albert were some of those favorite subjects, from there wedding ,there  children and older age. I have always been drawn to the Staffordshire figures of the Royals. There is something more romantic about them. Staffordshire figures are often made fast and are somewhat crude. hand painted by un-trained artist, they can take on a folk art feel. Damages and manufacturing flaws are much accepted on these figures and usually do not effect the price. They were almost never marked. Some of the newer figures do say Staffordshire, but that is a clear mark that they are newer. I think these figures are one of the joys of the 19th century. What would history have been like without them? I wonder if any of you out there have any? If not, it would be a fun collection for you to start. They have come down in price and can be found very reasonable. Don't just settle for a reproduction, when the real are out there and there is no comparison to the real thing. I love them and I am sure you will to.
My Royal family resides on the mantle in my kitchen. Victoria and Albert and some of there children are there to greet me each day. I wish you could come and see them soon and take a tour.  You are welcome anytime, I will leave the lights on and Sissy Dog will always meet you with a jump and a kiss. Thanks for coming by for a visit. Please take time to leave a comment. I  sure would appreciate it, after all that makes all this worth while. 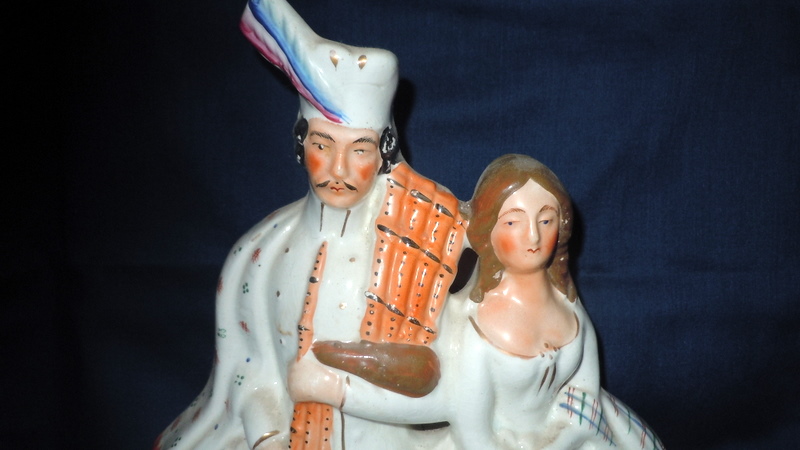 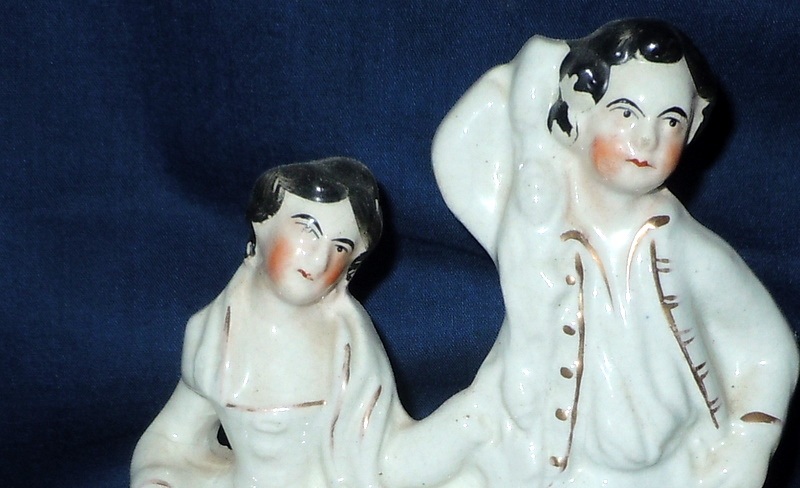 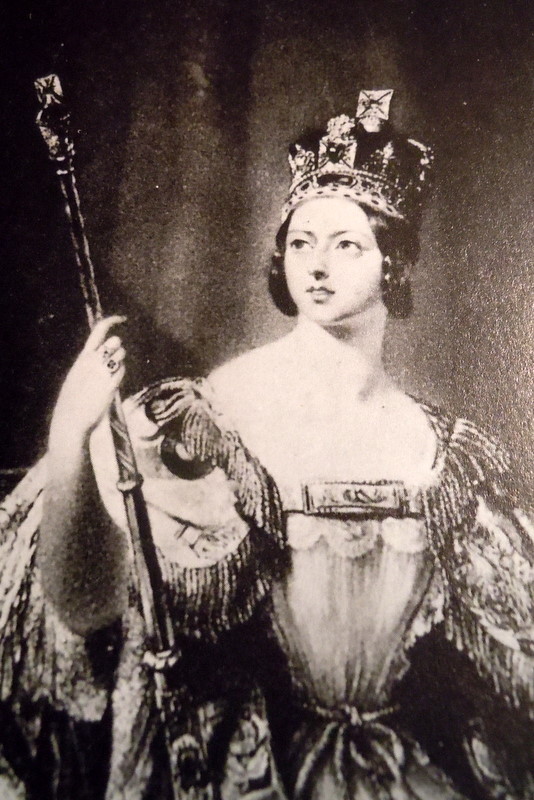