What we take for granted everyday,was once not even thought of. Indoor plumbing! Very wealth people with servants or slaves had it pretty good, but, the middle and lower classes had it rough. Somewhere along the last party of the 18th century, pottery companies all over the world started producing washbowl and pitcher sets. These are what I refer to as, "early bathroom items." These sets would allow for washing one's self up. Water was carried by bucket or kettle to fill the pitchers. The water was dumped from the picture into the bowl, where one would them proceed to wash up.After washing the bowl was usually emptied by throwing the water out the window. Now, not always, some people had what was called a slop jar, that was used to empty the waste into and then this was carried  outside and emptied.
Almost every ceramic, potter, and china company produced these washbowl and pitcher sets.  From plain white ironstone to the fancy hand painted china sets. I have seen them  in books and museums, some made from cut glass and sterling silver. I do believe that Napoleon,  had a solid gold set, that he used out in the field during his battles.Of course he would!
These   washbowl and pitcher sets were used, and remained popular, all through the bottom part of the 19th century and the entire 20th century. In some remote parts of the world, they are still in use today. Some of them were part of 6,8 or 12 piece sets. They were almost always used in the bedroom and were placed on a piece of furniture  called a washstand. More often than not, these stands had marble tops. They usually a small quilt like cloth piece hanging behind them to protect the wall from splashing water.
With the invention of indoor plumbing, more and more homes no longer needed or used these sets. Today more than 99 percent of the worlds population had indoor plumbing, so these sets have become more of a decoration or a collectors item. Most people purchased the sets to go with the rooms decor. Of course,people with wealth could afford the more beautiful and elaborate sets.
I have three bedrooms at ,My Old Historic House. I have a set in each room. Where they are just decoration, no longer used, I think they add that historic charm that I try to achieve in my old home. The three sets that I have are made in three different countries. The white one with the pink roses in my Blue Guest Chamber is American made and dates back to the late 1800's. The Moss Rose one in my Purple Bed Chamber is English and is more of a pottery or ceramic than it is china. This simply means it is a heavier, thicker walled  material, and not a thin porcelain. The last one is in my room. It is German and is hand painted china or porcelain. I chose it because it has the same background color as my Toile wallpaper. I love the stylized hand painted flowers as well. I would say that it dates to 1890-1900.
I hope you enjoy my little lesson today on early bath room items. Please come some time soon for a real tour and see them for yourself. I will leave the lights on and Sissy Dog will always meet you with a big jump and a kiss. In the mean time, I send you Best Thanksgiving Wishes ,from my blog to yours. 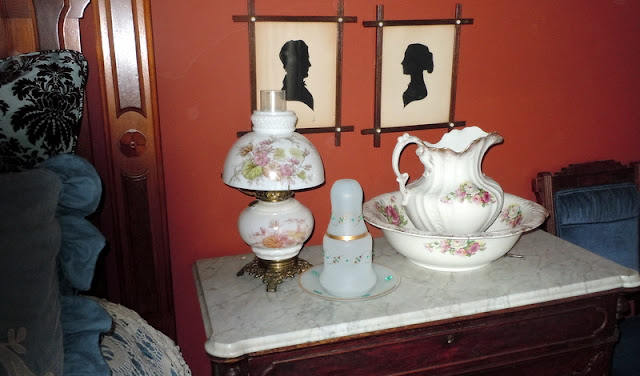 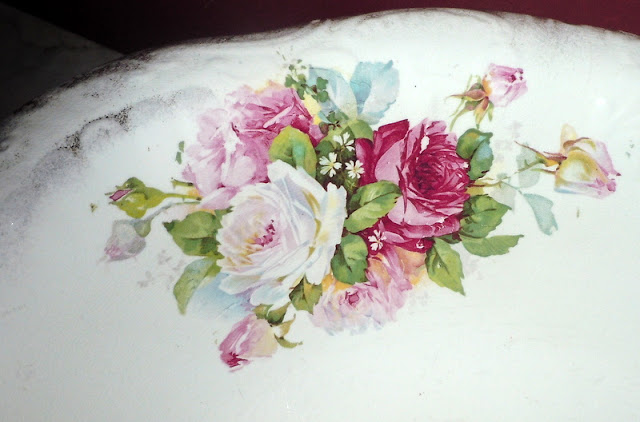 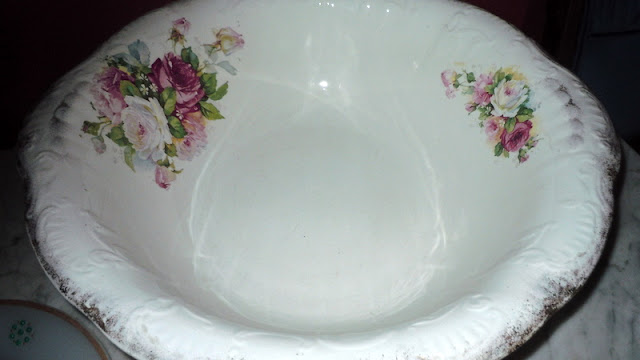 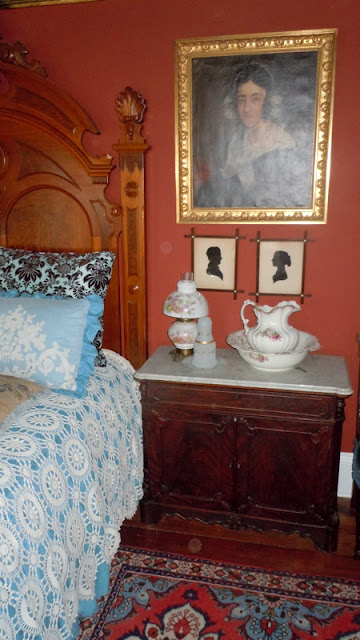 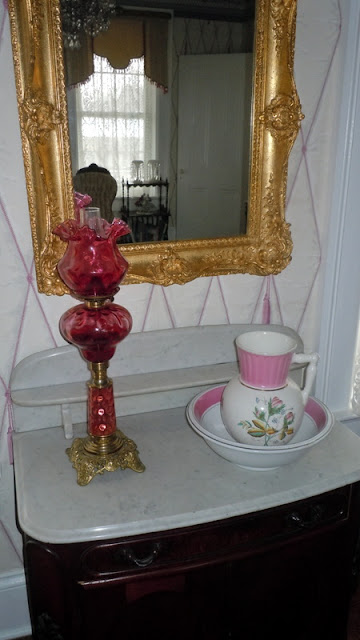 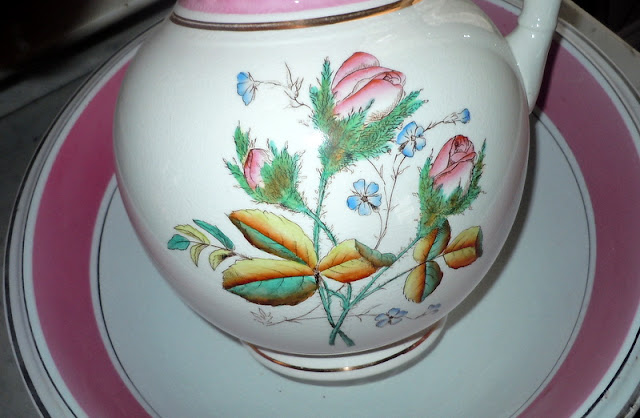 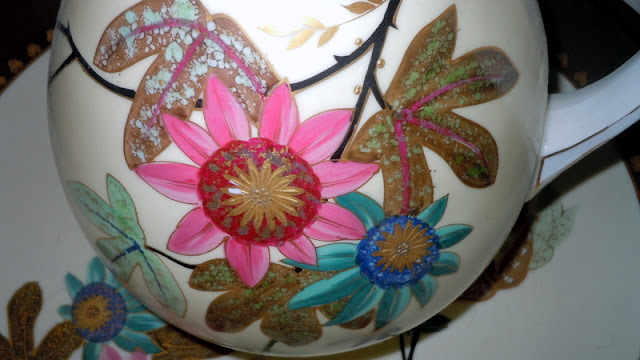 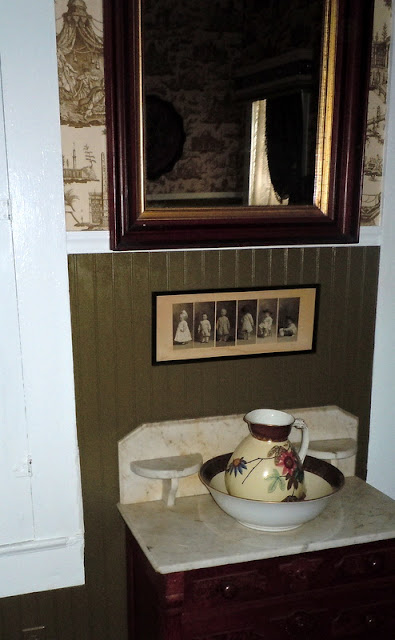 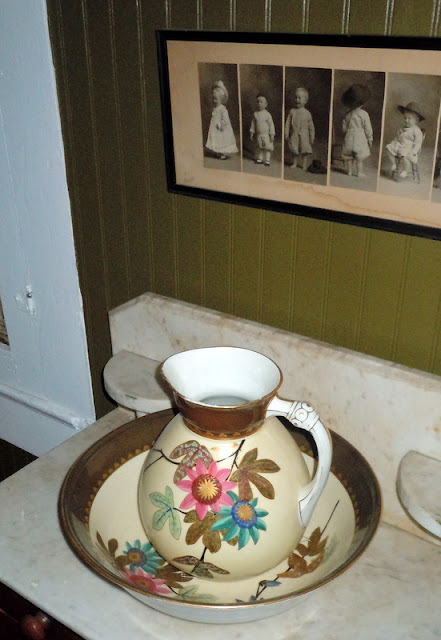