Quest for a Lambrequin 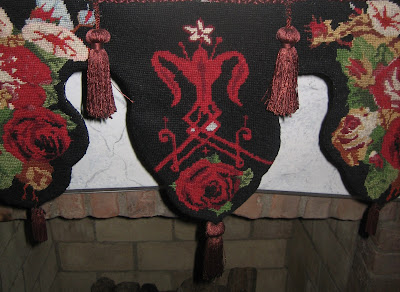 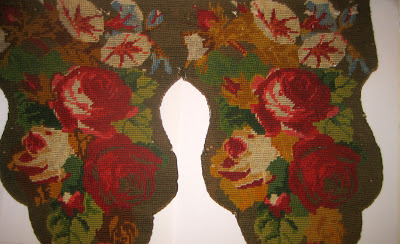 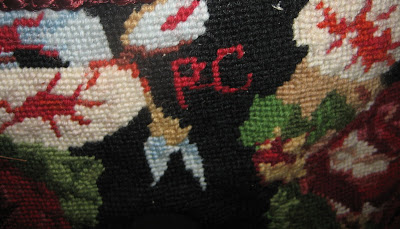 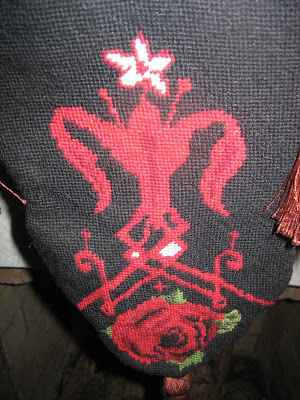 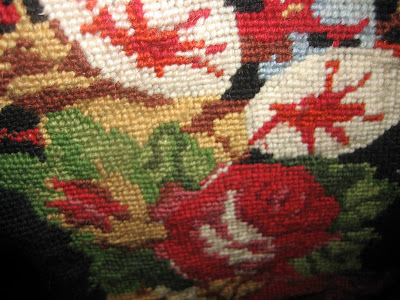 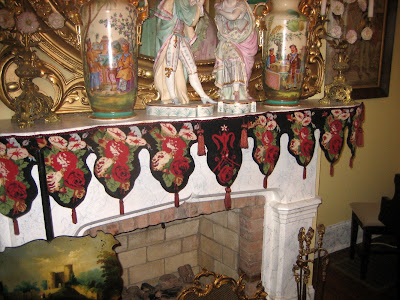 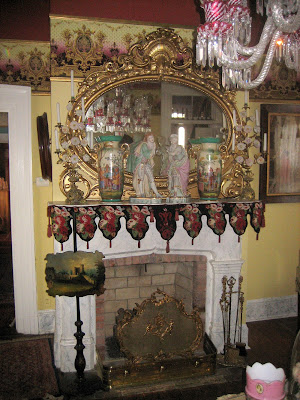 In late spring of 1861-Richmond Virginia, became the capital of the Confederate States of America, and with that title came responsiblities to have a new congress,goverment offices and a President-Jefferson Davis. Davis,his wife,their children and various staff memebers were housed in the newly purchased Confederate White House at the corner of 5th and K street. The previous owner had just added a third floor and redecorated the interior of his home. He sold the house and furniture for $43,000.00, to the Richmond City authorties- which then rented it to the Confederate Governorment as an Executive Mansion. Davis and his 35 year old wife,Varina and there children made this there new home for the next four years. The house was made into a museum in 1890-only a few years after the war. Mrs. Davis was of much help with this project. And today it is one of the most intact Historic homes in America. I used this house as my Bible, when restoring my own historic house, the Elgin / Cottrell House.
When I visited the Conferdate White House many years ago,I was taken by the wonderful needlepoint Lambrequins that were on the fireplaces. They were all hand stitched by Varina Davis, and they were still hanging in place after all these years.
Well to make a long story shot, I wanted a Lambrequin for my  historic home,so I went on a quest to find one. I looked in antique shops, on line,called pickers in Europe,but, none was to be found. Luck was with me when I found  a small needlepoint clock shelf, Lambrequin ,at an antique show in Chicago. Being affordable, I bought it and decided to use it as a pattern and make my own Lambrequin.
For those of you ,who do not know, what a lambrequin is: This is the Websters Dictionarys defination: A kind of pendent,scarf,or covering attached to the  fireplace mantle to protect it from heat. An ornament or drapery or short decorative hanging from a shelf or fireplace mantle. Some times known as a cornice, pelment or valance.
Opulent Victorian Homes of the Antebellum period had such decorations on there mantles-these  kept smoke from the fireplace ,off the marble or wood mantle.Most often made by the owners of the home. They would purchase charts  for the designs, by mail order. Most came from Europe,and needlepoint was the method. Some Lambrequins were just cloth to match the drapery.
For my Lambrequin, I drew the pattern on graph paper,using the piece that I found in the antique shop. I made a chart for the colors  and worked one at a time ,untill the design was done. The black background was done last. After weeks and weeks of work and counting stitches, the Lambrequin was still not big enough for my mantle. I could not stand to do one more block, so I decided to make the middle one different, and it made it much more interesting to do. The edges were finished off with black bias tape, sewn to the back, turned under and stitched down. It was trimed out with black silk cords and tassels. I used a basket weave needlepoint stitch, it does not distort the canvas, so there was no need to block the piece. Someday, 100 or so years from now, some one else might  be inspired by my Lambrequin, like I was, by Mrs. Davis work. At least I know as long as I own my historic house it will be on display and shared by everyone who comes to take a tour.I  designed the curtains for this room to match the Lambrequin. They were made by my dear sister. Same pattern was used for the outline design. The Lambrequin hangs on the mantle of the fireplace in the Down River or Gentlemans Parlor. My dog Sissy had to get in on the action.
Posted by Richard Cottrell at 10:50 AM 5 comments: