Queen of Love and Beauty!

In honor of  Valentines day ,coming soon, I am doing a couple of blogs on the  two Greek Goddesses, known for there beauty and the symbol  of Love. The first one, the subject of this blog, is Queen Aplrodite.
Saint Valentines day,  commonly shortened to Valentines Day, is a holiday observed on February 14th, each year, honoring one or more early Christian Saints, all named Valentine. It is traditionally a day on which lovers express there love for each other by presenting flowers, candy, cards or jewelry.  It first became associated with romantic love with the writings of Chaucer, in the High Middle Ages. Modern Valentines Day symbols include the heart shaped outline and the figures of cupid . Since the 19th century, hand written Valentines have been given way to mass produced cards. The first Valentine Cards on record were from 18th century England. Paper Valentines became so popular in the early 19th century that they were being massed produced in factories. Since the 20th century, the practice of exchanging cards has declined.


Queen Aplrodite was a Greek Goddess of love, beauty, pleasure and procreation. Her Roman equivalent is Venus. According to myth,she was born when Cronus, cut off Aranus genitals and tossed  them into the sea. After which, Aplrodite arose from the sea. She had no childhood as she  was born as an adult and was very desirable. She is often depicted nude.Because of her beauty, other gods feared that jealousy would interrupt the peace among them and lead to war. So Zeus married her to Hephaestus, who was not viewed as a threat. Aplrodite had many lovers, both gods and men. Many lesser beings were said to be children of Aplrodite. She was so beautiful that doves, horses and swans where scared of her. She had a nack of making every man she meet, fall in love with her. 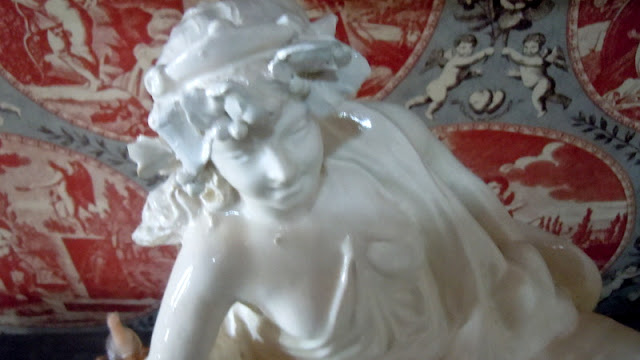 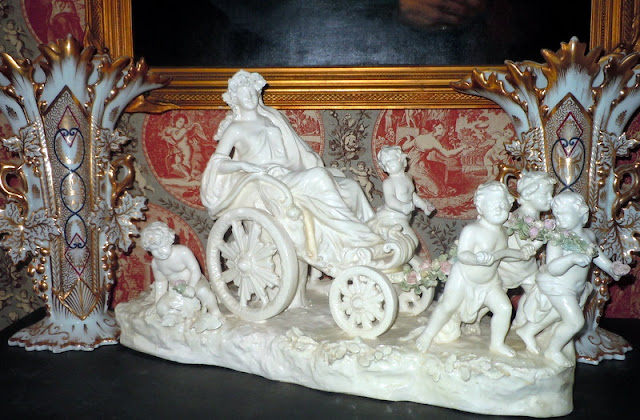 I hope you enjoy learning about Aplrodite. It is fun to know where all our traditions come from. Valentines Day is something most of us  have no idea where it came from or why we celebrate it. I had no ideal it was a real Saints Day. So we learn day after day. I always have fun doing research and posting on these fun subjects. I try and learn something new almost every day. I may not remember it, but at least I knew it once.
I hope each and every one of you have someone special, that you can call a Valentine. I have my Sissy Dog. Just having her  is all I need and when I leave her for a few hours and come back, I think she feels the same way. I have in years past had many a Valentine Party. It was always fun and the menu was so easy,chocolate and more chocolate. Yum. But this year Ms. Sissy and I will have to go it alone. We will be at the shop and Sissy will have a big red bow.
Come by any time soon for a visit. I will always have the lights on and Sissy Dog, with or with out a big red bow, will meet you with a jump and a kiss. If you like the blog, please leave a comment. You are sure to get one back in return. Also ,check back again in  a few days for the second part of this blog, when it will be all about Queen Hera, wife of Zeus.Until then, keep on blogging!
Posted by Richard Cottrell at 11:53 AM 25 comments: